U.S. Olympic Swim Trials Proves to be a Beacon of Hope for Omaha

OMAHA, NE. April 13, 2020 – The disruption caused by COVID-19 has seen an unprecedented number of event cancellations and postponements across the globe. The first sign of hope for Omaha came in the form of USA Swimming’s announcement on Friday, April 10, 2020 that the U.S. Olympic Team Trials – Swimming will return to Omaha June 13-20, 2021.

“During a time when hotels, restaurants, attractions and businesses are suffering tremendously, this announcement is a huge catalyst of hope for our city,” said Keith Backsen, Visit Omaha executive director.

The 2020 U.S. Olympic Swim Trials, originally set to take place in Omaha this year, were called off when the 2020 Olympics in Tokyo were postponed due to the coronavirus pandemic. The new 2021 dates mean the Swim Trials will overlap with the opening weekend of the 2021 NCAA Men’s College World Series in Omaha.

“The overlap created some tough logistical issues,” said Backsen. “But once again, our city rallied together and demonstrated its resilience.”

The new dates also mean Omaha will go down in history as the first city to host an Olympic Trials for both the Summer and Winter Olympic games in the same year. Omaha is set to host the U.S. Olympic Team Trials – Curling for the second time, November 13-21, 2021.

This will be the fourth time since 2008 that Omaha has hosted the U.S. Olympic Swim Trials. The 2008 and 2012 Trials broke attendance records, and in 2016 attendance exceeded 200,000 for the first time ever, with all 15 sessions sold out. In 2017, Omaha held its first Olympic Curling Trials. This set the stage for the 2018 Winter Olympics in which the U.S. Curling Team went on to win gold for the first time.

Visit Omaha Has Your Back 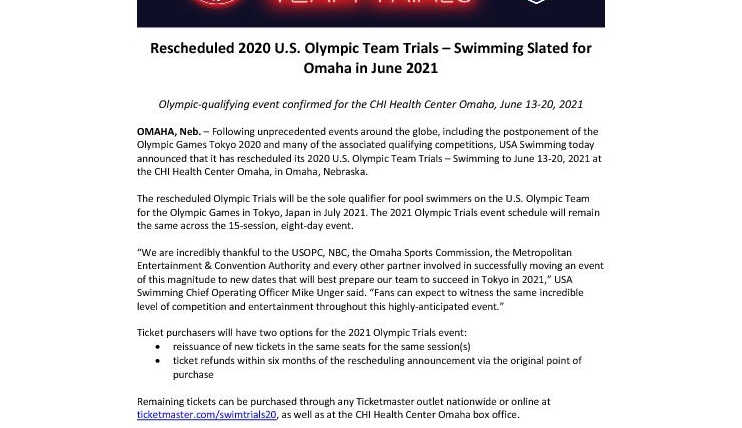 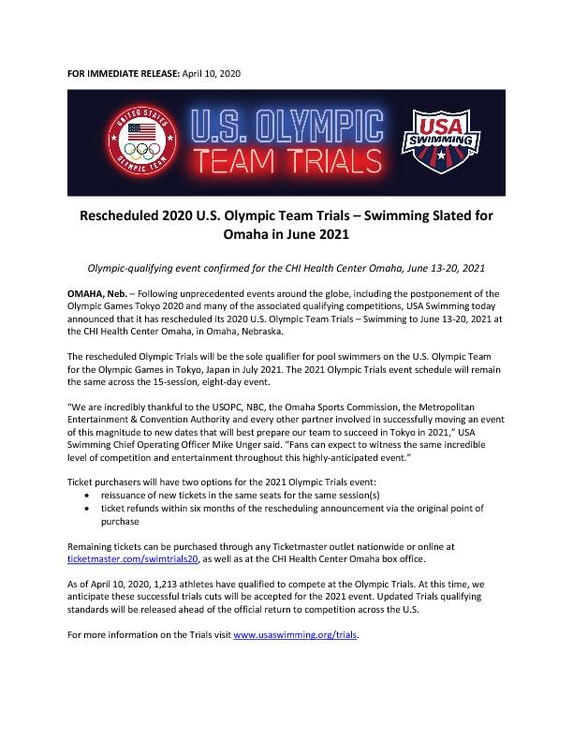 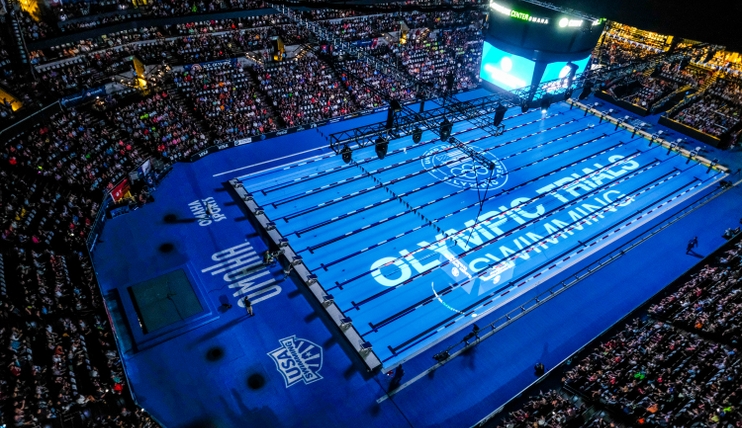 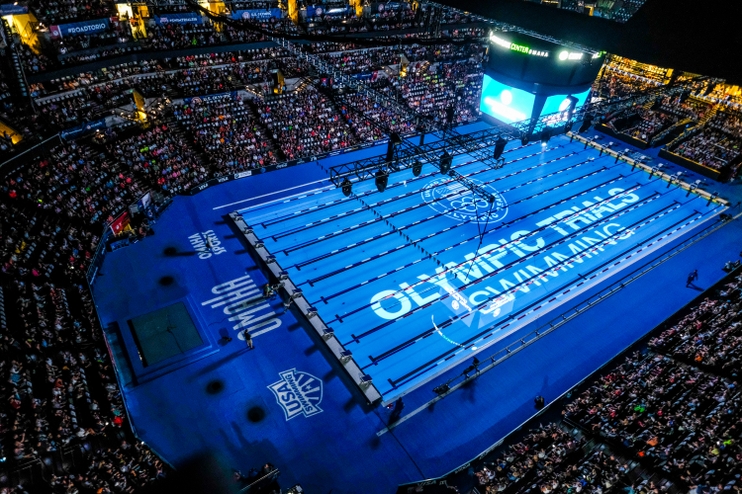 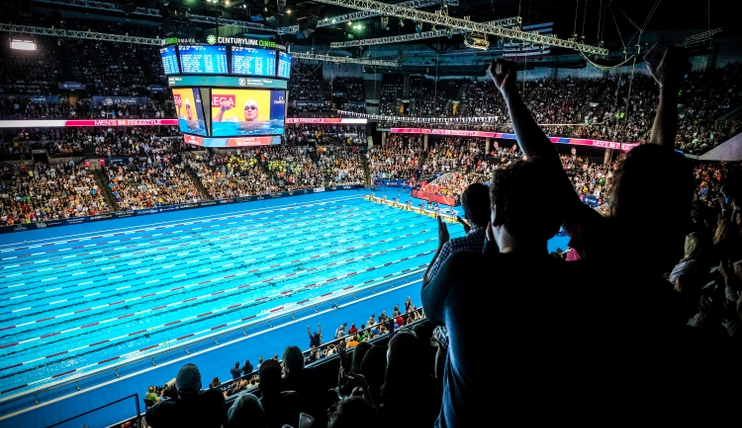 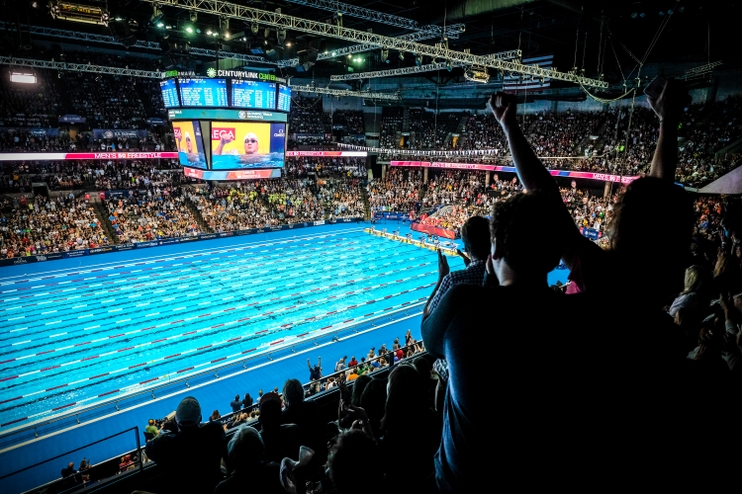