OMAHA, NE. July 9, 2020 – Omaha is once again named one of the best cities in America by Resonance Consultancy, a leading advisor in tourism, real estate, and economic development. Considered one of the most comprehensive studies of its kind, Resonance also uses opinions of visitors and residents to determine rankings. This is the third straight year Omaha is among the top five cities. This year, Omaha ranks second among America’s Best Midsize Cities – Honolulu is number one.

The study calls Omaha a ‘discreet economic powerhouse’ and touts the excellence of our cultural offerings, attractions, dining scene and nightlife,” said Visit Omaha Interim Executive Director Deborah Ward. “While the study was done prior to the pandemic, these strong attributes help make our city more resilient in the face of the current challenges.”

The top 50 cities were selected based on six criteria including the quality of arts, culture, restaurants and nightlife; key institutions, attractions and infrastructure; economic prosperity; and promotion via stories, references and recommendations shared online.

Omaha ranks high in a number of categories, including #1 in economy and standard of living; #1 in nightlife;

#3 in attractions and cultural institutions; and #6 in restaurants.

Top 10 Best U.S. Cities (population of less than one million):

In 2018, Omaha ranked number four on the list of Best Small Cities in America and ranked number two in 2019. This year, Resonance Consultancy added the Best Midsize Cities category for destinations with a population of less than 1 million. 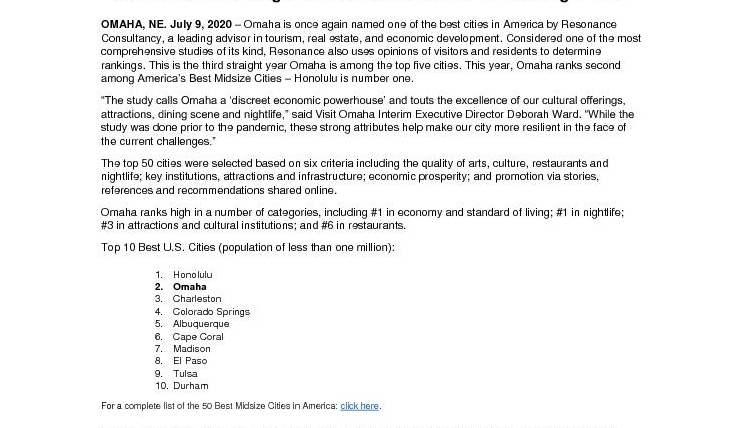 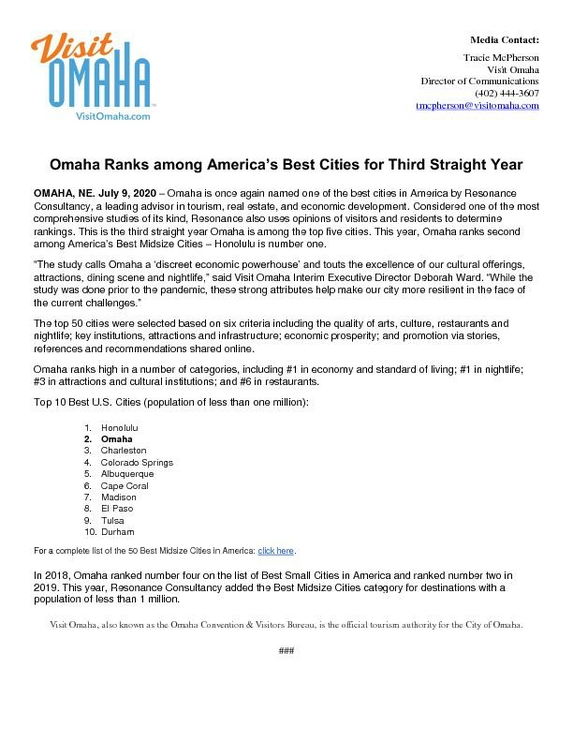 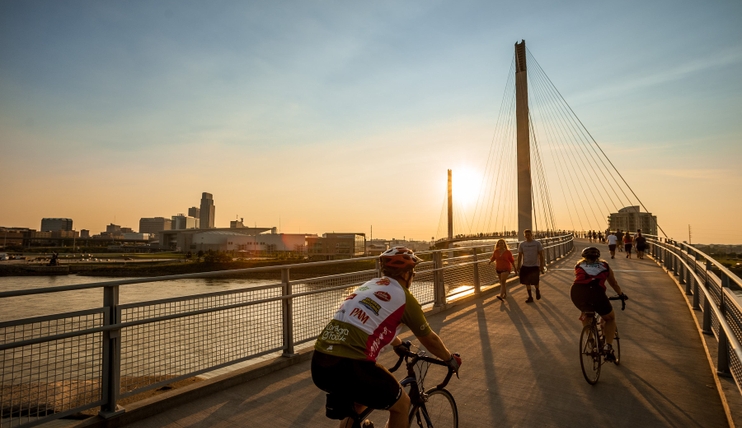 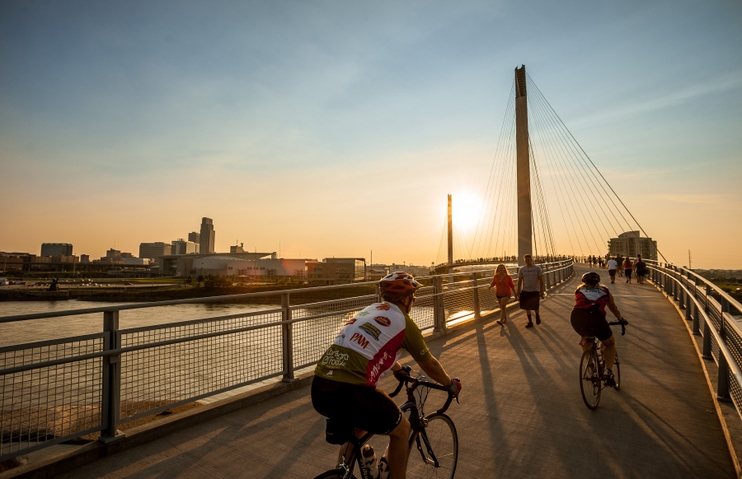