New details are now emerging as Omaha’s billion dollar riverfront transformation continues with the announcement of a new $101 million science center. The 82,000 square-foot facility will be located along the Missouri River and close to many of the city’s top attractions.

“The enhanced riverfront is set to become one of Omaha’s most popular entertainment districts, and this new attraction will provide yet another reason for visitors to explore the city,” said Visit Omaha Interim Executive Director Deborah Ward.

The science center is being designed to inspire curiosity in the STEM subjects - science, technology, engineering and math – and will feature the latest technology along with hands-on, interactive exhibits, and creative programming for both children and adults. Construction of the science center will begin this fall with the opening planned for 2023.

“When completed it will offer an array of new activities for visitors from the heart of downtown to the banks of the Missouri River,” added Ward.

Construction on The RiverFront started in March 2019 with the Gene Leahy Mall. The first phase is scheduled to be complete in 2022. The entire project should be finished by 2024.

Omaha is filled with one-of-a-kind attractions such as Omaha’s Henry Doorly Zoo and Aquarium, consistently ranked as one of the world’s best zoos. Visitors can explore the world’s largest indoor desert and hike through North America’s largest indoor rainforest. Families can also meet the city’s bluest resident, OMAR the Troll, who lives underneath the Bob Kerrey Pedestrian Bridge. Bob has a unique personality and invites visitors to talk with him through his Twitter and Instagram accounts. Go to VisitOmaha.com to learn more. 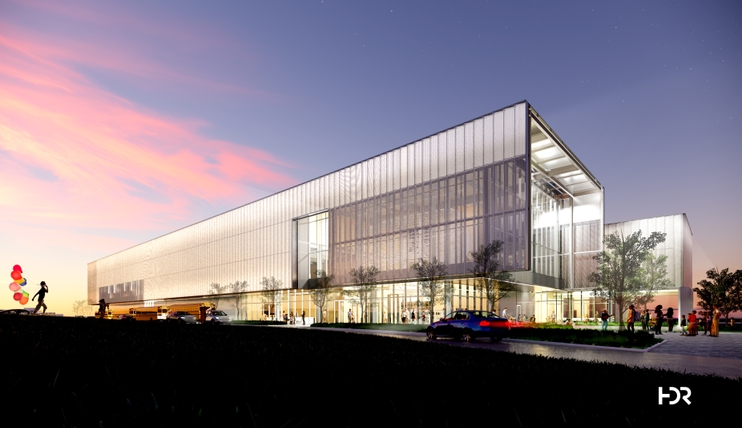 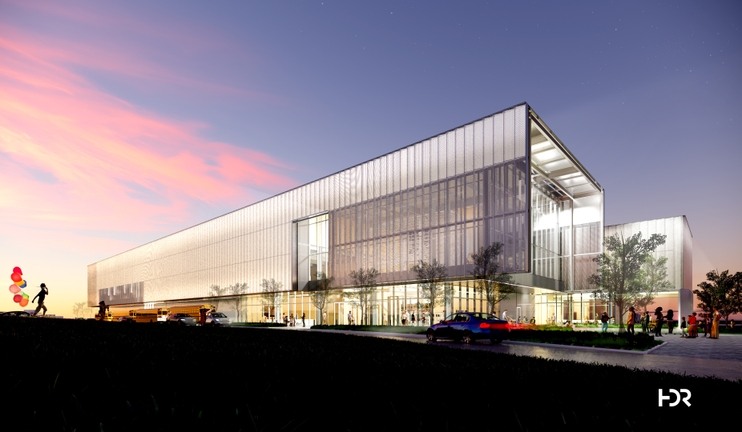 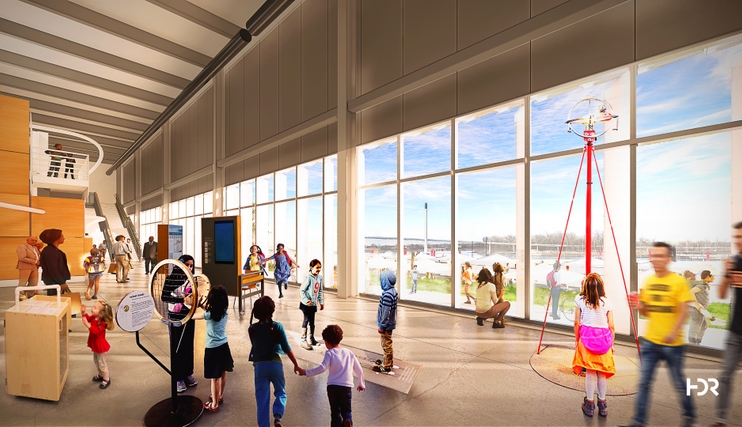 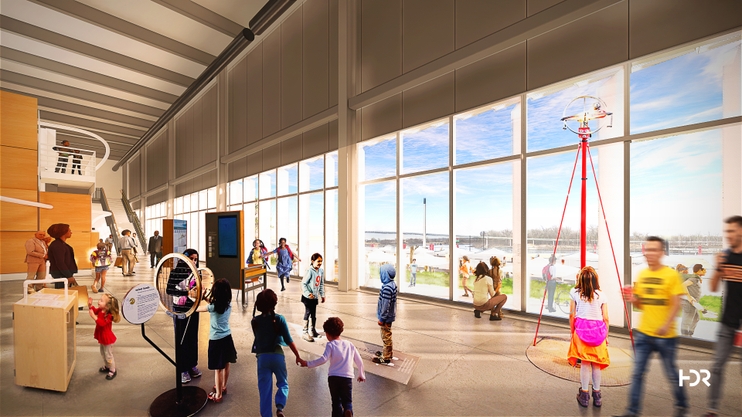 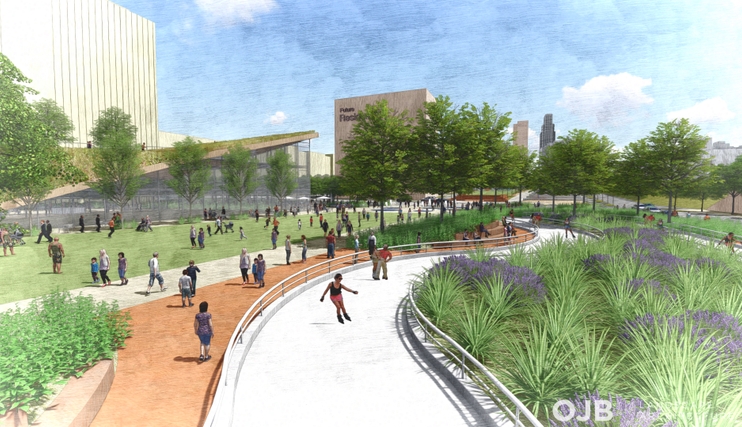 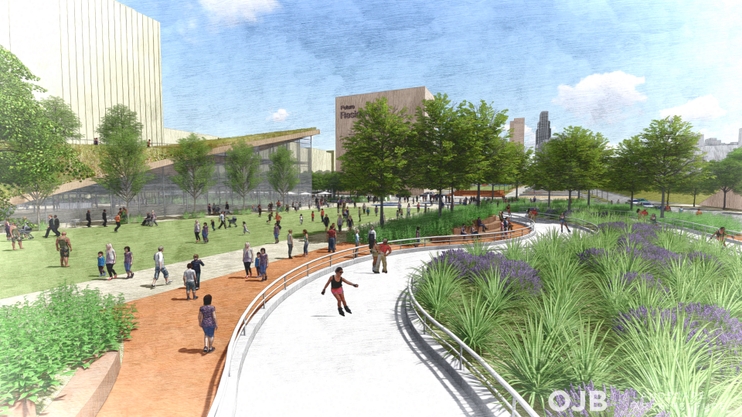 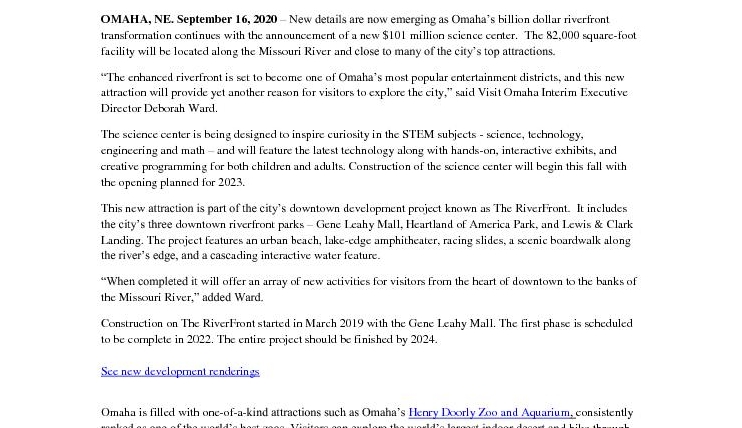 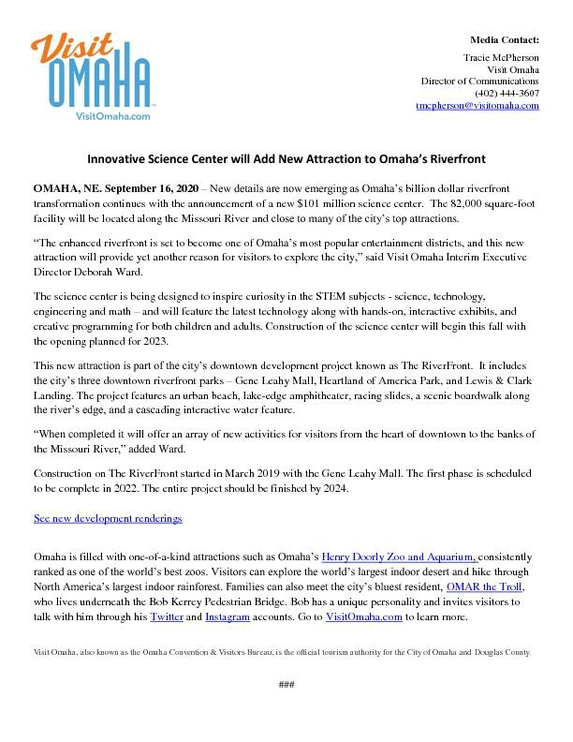