OMAHA, NE. October 6, 2020 – Omaha’s latest development is a 40-acre project that will offer convention attendees another unique entertainment district in the city.

The Row will be a $500 million town center built within the new Heartwood Preserve development, which spans 500 acres in west Omaha. Construction on the first phase will begin in 2021

“The Row will provide visitors with 40 acres of entertainment including a mix of restaurants, hotels and retail,” said Visit Omaha Interim Executive Director Deborah Ward. “While having all of the amenities of an urban hub, The Row will be a draw for nature lovers too as developers are going to great lengths to preserve the natural beauty and integrity of the land.”

In addition, a new 18-acre park will be included in the new development. Heartwood Park will feature a 5,000-spectator amphitheater with a full band shell and include an ice skating rink. The park is part of the overall 80 acres of green corridors, bike paths and walking trails throughout Heartwood Preserve.

Omaha’s Multi-Billion Dollar Development Projects
More than $1.7 billion in development will enhance Omaha’s downtown convention district and airport. A $900 million riverfront revitalization project is currently underway and includes many “wow” features, making the area even more attractive for meetings and events throughout the year. The transformational 90-acre project includes a sprawling green space in the heart of downtown with a performance pavilion, botanical gardens, cascading waterfalls, park-side cafés, a sculpture garden, a water cove, urban beach, boardwalk, and a promenade that leads to a cantilever overlook suspended over the river. A new 82,000 square-foot science center will be located just east of the city’s downtown convention center and arena.

The Omaha airport (OMA) will undergo a $500 million expansion that will modernize and reshape how the airport looks and operates. The redesigned airport will have a single linear concourse leading to the airline gates and a consolidated security checkpoint that will make it more efficient for travelers. The airport will also improve its check-in lobby, baggage claim, food, concessions, and retail spaces. 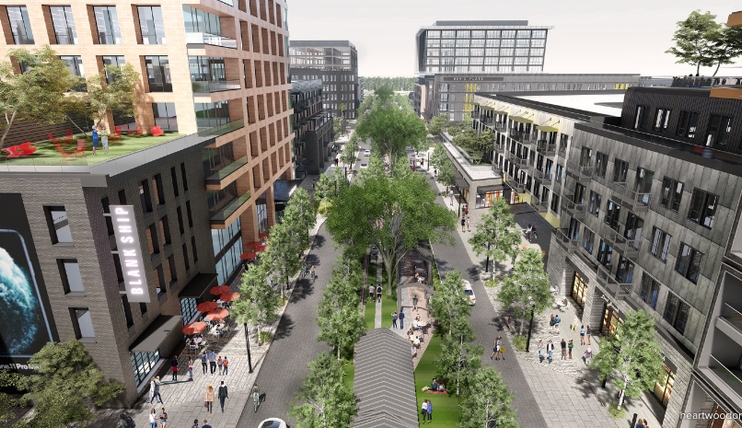 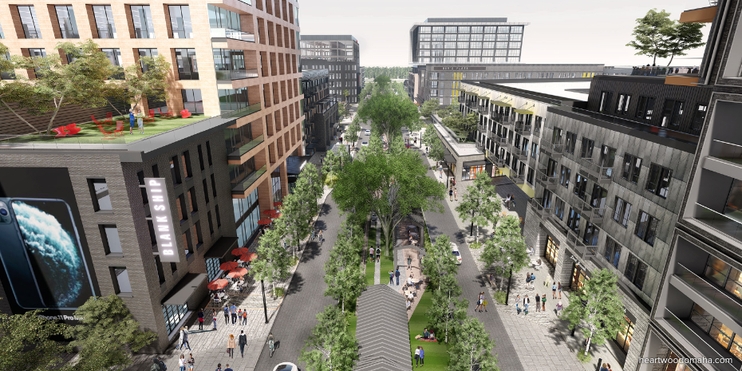 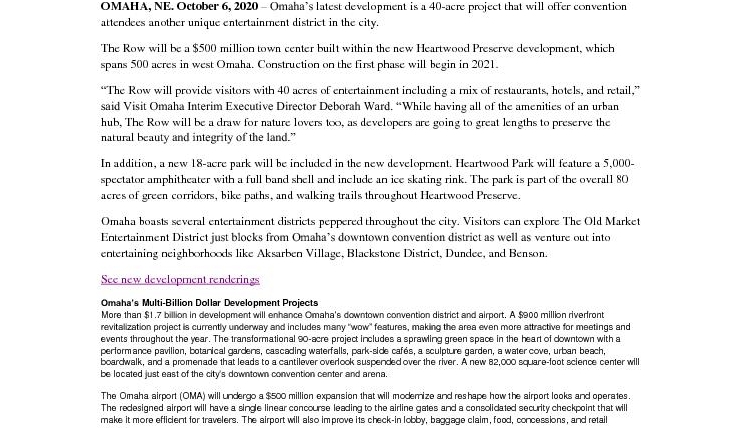 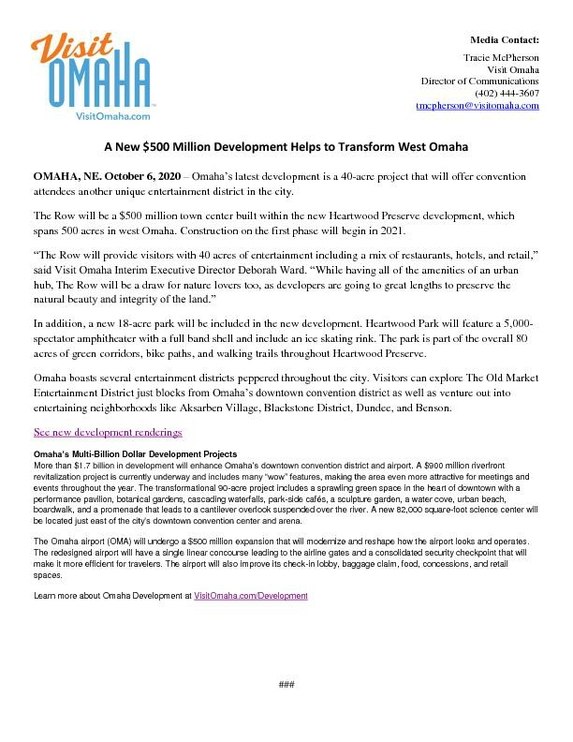